This article was written by David Johnson and originally published in Singabout #58, December 1986, p. S1. Photographs are by Bob Bolton.

The beautifully crafted dancing dolls in the photographs were made by a farmer by the name of Charles Mill, probably when he lived on the South Coast of NSW in the 1890s. They were made by carving solid cedar blocks and finished elaborately in the style of the "Minstrel" shows that regularly toured the country at that time. He referred to them as "Mr. and Mrs. White of Blacktown". 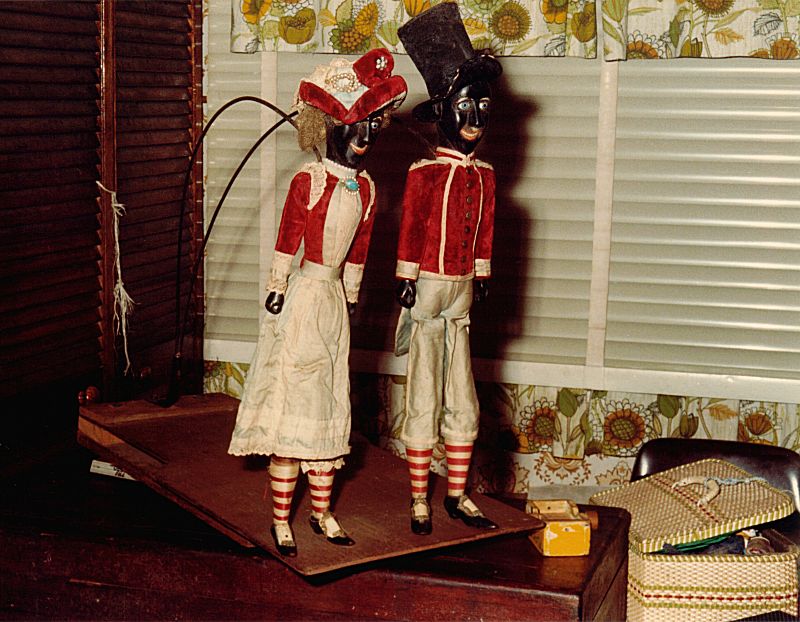 Each doll is held over a sound-board by a curved steel rod and the whole structure is held on a wooden base. The base is strapped firmly to the player's knee and then, as the foot is tapped in time with the music, the dolls "dance", springing on the steel supports, with their feet making a rhythmic clacking on the resonant sound-board.

The dolls were shown to us by the maker's daughter, Miss Pearl Mill. Miss Mill explained that her father played the concertina for the regular round of "house parties" that made up the social life of many of the small towns on the South Coast where the family lived, at the time. However the dolls were never used in public performances and only rarely shown to the family.

Charles Mill played for the Lancers, the Waltz Cotillion and the Alberts, among other dances, and all without reading a note of music. The popular American tunes such as "Marching Through Georgia", "Battle of Gettysburg", "Old Black Joe" and "Take Me Back To Old Virginny" were all played in strict dance time. Pearl remembers his playing for the send-off, for World War I soldiers, at the School of Arts Hall in Jilliby (near Wyong, north of Sydney). I was surprised to learn that Pearl and her sister were not allowed to go to the dances at which her father played, nor were they allowed to touch the concertina, which is a Lachenal metal-ended two-row 'Anglo' (in Bb and F) and must have cost their father a lot of money to buy in the first place, but they were allowed to play the cheaper accordion and Pearl was quite proficient at "God Save The King" and several hymns.

The dancing dolls are a fine example of traditional woodcarving and toymaking. They and their costumes are a valuable historical record.

Thanks to our host David Harris and to Pearl Mill for showing us the dolls and telling us about them. 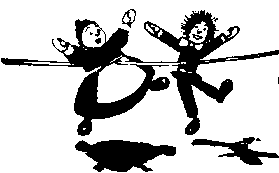 These dolls extend from the well-known British tradition of "Jig dolls", Incorporating a number of significant improvements. The "jig doll" is usually made of flat wood, with fairly limited articulation of limbs and with clothing and features merely painted in. The doll is fixed to a rod and played by jiggling it on a board (which is anchored by the player sitting on it).

These dolls are far more detailed, better dressed and have the great advantage of being able to be played by the movement of the knee, as the player taps his foot, in time with his concertina or accordion.

This illustration, from an old music shop cover for a 78 rpm record in the collection of Malcolm Clapp, shows an original (if ad hoc) approach to the problem of playing an accordion (in this case, a Flutina, an ancestral melodeon) at the same time as a pair of "jig dolls".

Project Gutenberg has the following image of dancing dolls in an engraving from the book 'The Works of William Hogarth: In a Series of Engravings With Descriptions, and a Comment on Their Moral Tendency' by John Trusler. 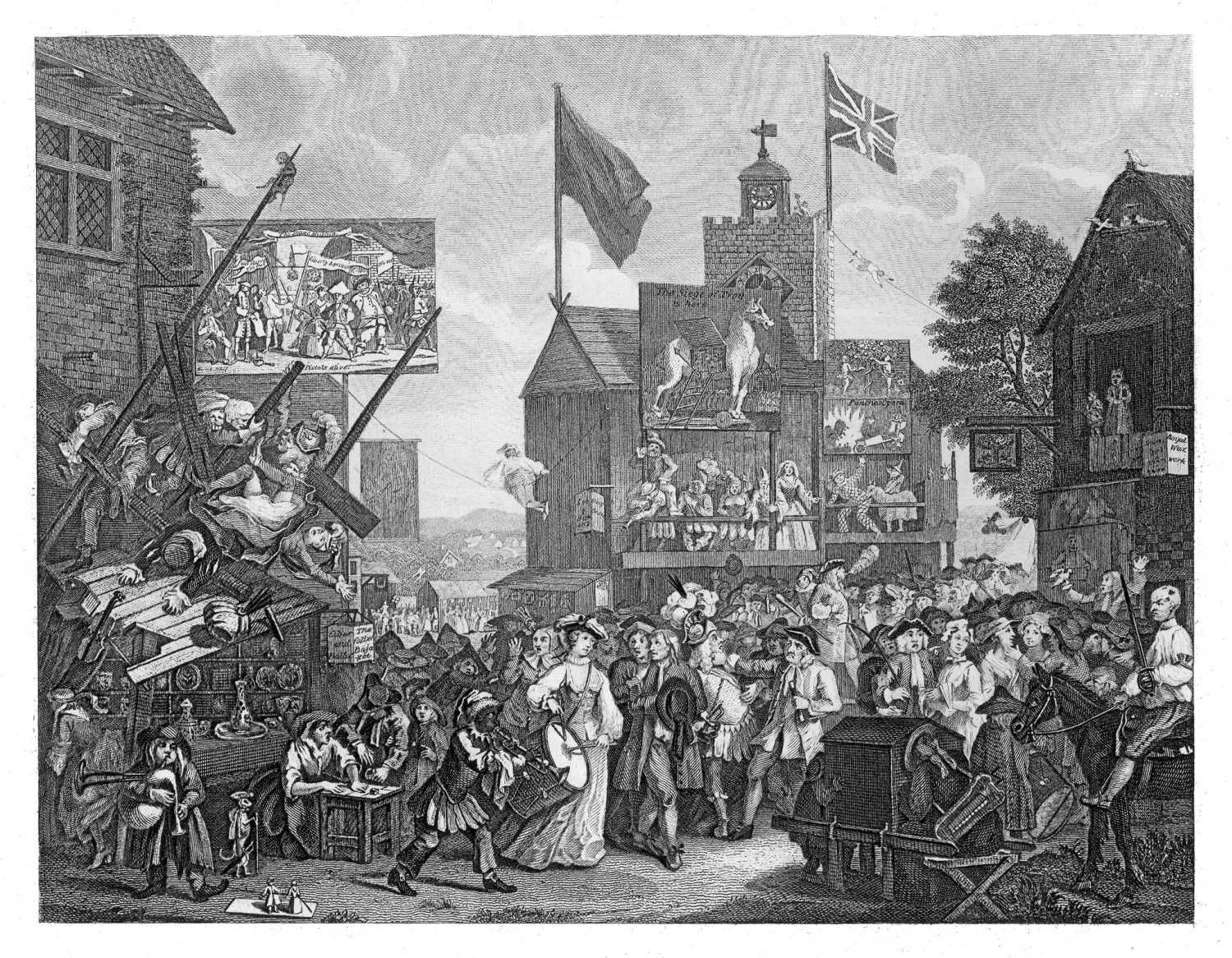 the dolls are being operated by the piper in the lower left corner.

Chris Brady has a page on them too: http://chrisbrady.itgo.com/jigdolls/jigdolls.htm.